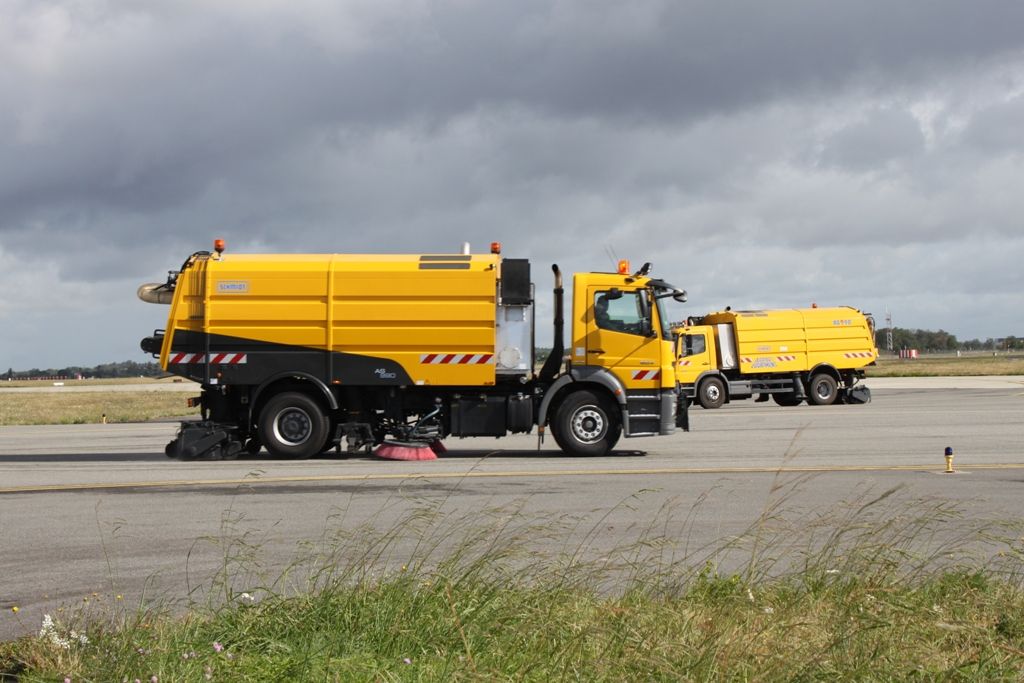 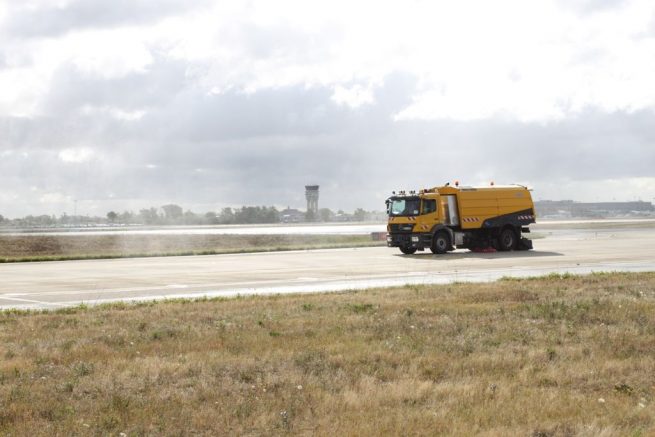 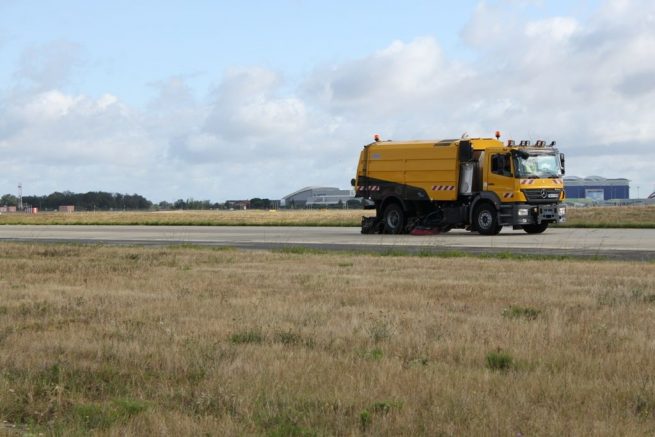 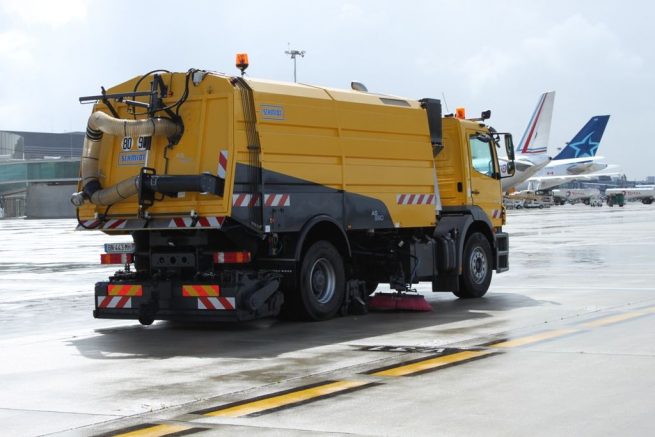 Safety at the airport is top priority. The high-speed sweeper AS 990 cleans all service and traffic areas of the airport with outstanding sweeping efficiency, so that follow-up damage caused by foreign objects is prevented.

The AS 990 is a truck-mounted sweeper and can be mounted individually on all standard chassis with the corresponding specification. The 9.5 m³ hopper with its stainless steel floor, the high-quality sweeping unit as well as the corrosion-resistant suction tube enables not only the clearing of debris, leaves, dirt and other foreign bodies on airport surfaces but also of liquid substances such as deicing material all in one go. This is made possible by the powerful suction fan with its air flow of approx. 32,000 m³/h. With its maximum sweeping speed of 40 km/h, the AS 990 is able to clear an area of up to 140,000 m²/h, depending on the equipment. All functions are activated via the CAN-Bus control panel on the centre pedestal. Due to the graphical display of the functions, the operation is logical and simple. All active work steps are conveyed to the driver via symbols on the colour display. The control panel can be used both in our airport sweeper AS 990 and our jet sweepers TJS/CJS.

The AS 990 is suitable for professional use at both civil and military airports and is extremely versatile in everyday operations. It combines all important functions in one machine.

The high-quality sweeping unit with the flow-optimised suction port and the rotary brush has a sweeping and suction width of 2,300 mm. A debris flap is optionally available to pick up larger objects, such as beverage cans or bottles. Water and other liquids can be collected by means of the SHS suction vehicle. In order to guarantee more efficient collection of liquids, the suction nozzle can be equipped with a liquid flap. The two circular brushes have a sweeping width of up to 3,500 mm. Furthermore, the AS 990 can be equipped with blast nozzles. The blast nozzles conduct a strong air stream onto the traffic area, so that large surfaces are cleaned and dried in one single operation.

2. Collection of liquids, such as e.g. surface water or de-icing agents

The PMB 2400 permanent magnet bar, which is mounted on the front plate of the AS 990, is capable of picking up magnetic metal
objects.

If needed, the AS 990 standard machine can also be equipped as stand cleaning machine, which is then called ASC 990. The ASC 990 cleans airport stands by applying a mixture of detergent and water. The soiled surface is wetted with the mixture via the front-mounted water spraying unit and the surface is subsequently processed and roughed up by the circular brushes. The detached material is then collected in the container via the rear-mounted sweeping unit. The stand cleaning option is especially suitable for the collection of rubber marks and oil.

The PMB 2400 was developed for clearing airport runways, taxiways and aprons. With an operational width of 2,400 mm and a field density of approx. 300 Gauss, it reliably collects metal objects at a ground clearance of approx. 100 mm.